Sunday I really needed to leave Thailand as after exactly two months my Visa expired at this day. There are only two train from Hat Yai to the border and there are no longer ordinary trains which cross the border, except for this super expensive tourist train from Bangkok to Singapore. And as I’m for sure not a morning person, I opted for the afternoon train. It was pretty packed and I just realised later, that most of the people were tourists from Malaysia. The shuttle train only stops once in between Hat Yai and Padang Besar. Luckily the final destination is the Malaysian train station of Padang Basar. Hence, after leaving the train you queue up for the Thai border controls. Some, of the Malaysian guys knew this and were heading fast to them. After that the Malaysian border control is next to it. But as foreigner you’ve to go to another desk anyway. Then, buying a ticket for the commuter train, is just on the first floor. They do accept Thai Baht, but have a pretty bad exchange rate. Nevertheless, I opted for that and hurried back to the same platform, where the commuter train already waited. Luckily I made it, and after about 30 minutes I continued my ride. I wasn’t sure, if the commuter trains run each hour, so I was happy to get into it, and also happy to get a seat. As the train seemed to be quite popular in Malaysia. And it got even more stuffed later on, so that also the aisle was full of people. The final destination was Butterworth. From here one can just walk to the ferry pier for George Town at Penang island. Once in Malaysia the weather become pretty hazy and it seemed that it had just rained a few hours ago. In George Town I strolled through the city to my hostel and enjoyed the evening atmosphere and already detected some of the street art, just by accident. 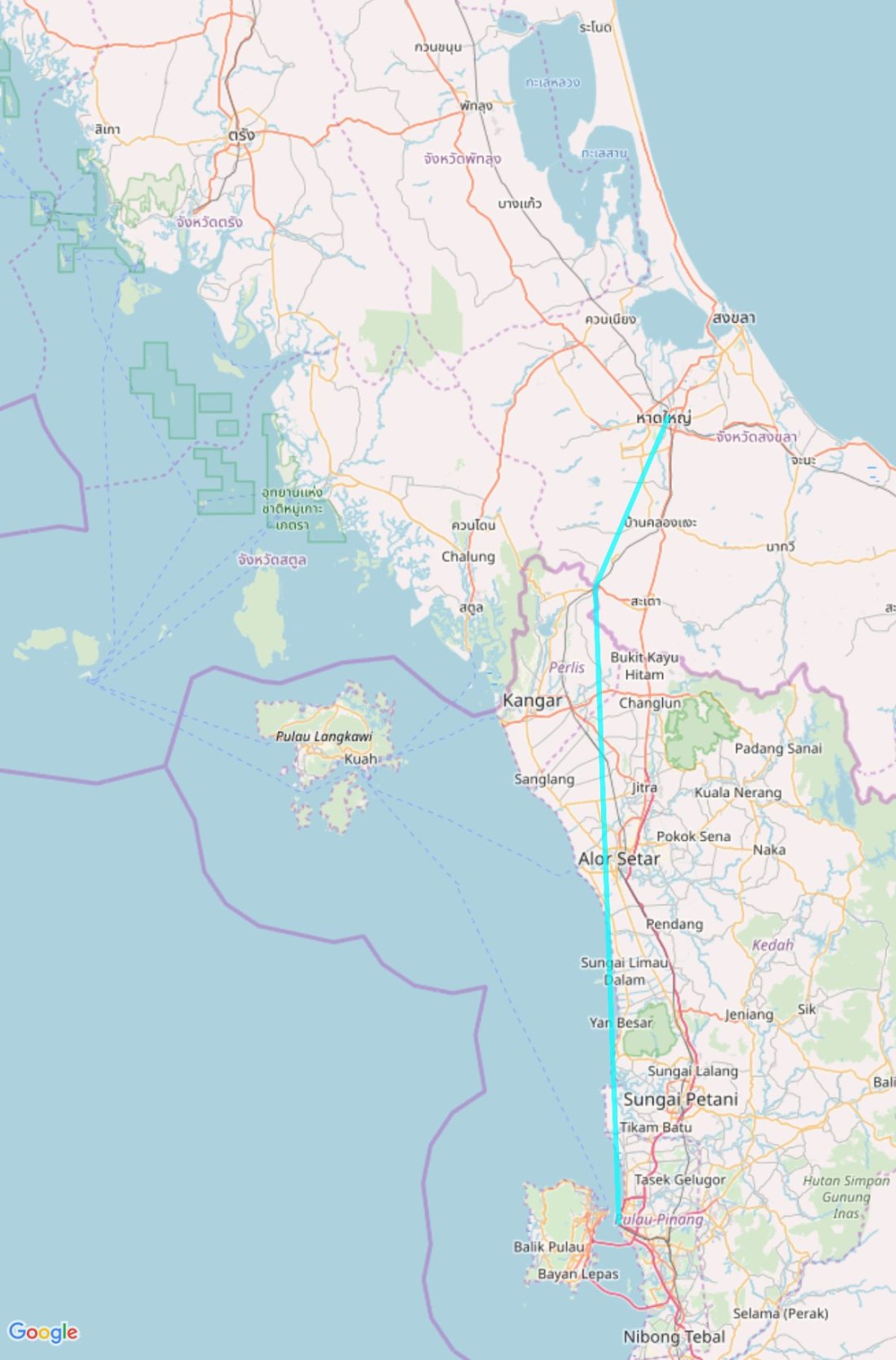