Monday morning two weeks ago just after I woke up somebody knocked on my door. As I didn’t awaited to receive any visitors I was first a bit surprised…no not really….in the end I expected something like this. An English speaking police officer was in front of the door. He was polite but nevertheless he starts interrogating me. Where I’m from? When did I entered China? How did I get here? Do I have friends here? What my profession and for which company do I work? Am I alone (strange question in a large room with even two larger beds, and just one backpack)? So up until here, he didn’t got what I’m doing here. And I thought…ok, maybe not a good combination of my profession, work and age at the border to North Korea. So he asked, if I also want to go to North Korea…No, for sure not. Just want to look at it. That’s OK, but no pictures, and they have CCTV…Then he left and excused the early morning interruption of me.

As I had time the whole day, I used the WiFi at the hotel for some further planning and checked out at 13 o’clock. But s this was already after noon, the lady at the reception told me I had to pay an extra fee (the day before, the checkout time was 15 o’clock). That means from my 240 yuan deposit, I only got 110 back, as I had to pay additionally half of the room price per night. I was slightly upset, as nobody told me the night before about the checkout time, but that didn’t matter for them…they have the money.

After getting some lunch and then strolled to the Tumen river, which is the border between North Korea and China as well as Russia. I was bit surprised when I was approaching the river, as it was completely touristic compared to Russia, where it is an area with special permit. So I strolled along the promenade and saw plenty of Chinese tourists which even took much more pictures (and if you are looking up at TripAdvisor, you can see them all). Just when I was getting close to the border bridge with border police, it was not obvious for me, what’s going on there. And also they where directely watching at me, so I decided to head back. You could even take a short boat ride on the river, but for me that was a bit too exciting, as I didn’t want to get up on the other side, just because of an engine failure or whatever, and it would be also questionable, if they take foreigners with them.

There is a new bridge built beside the next one and construction works are going actively on. I’ve not seen much live on the other side of the river (compared to the Chinese side, where lot’s of people made some sports exercises along the promenade), except for a small vehicle on the tracks, a few cars and motorcycles driving down the street. The only North Korean was a soldier in a border control house which was sitting fully dressed in the shadow and dangled his feet. On the Chinese side there are also some soldiers stationed, but that’s not really surprisingly for the largest border town of the region.

In the evening I headed back to the hotel, grabbing my backpack and walking further on to the railway station. The first night in the Chinese train was OK. The drawback was, that I had the first compartment beside the conductor and each time he closes his door loudly I wake up. But the beds are longer as in the Russian trains, so nobody tries to hit my feet. Compared to Russian Platzkart waggons there are no lateral beds, hence its a bit more space. But therefore there are 3 beds over one another. Hence, space for luggage is a bit limited but up until now always manageable. 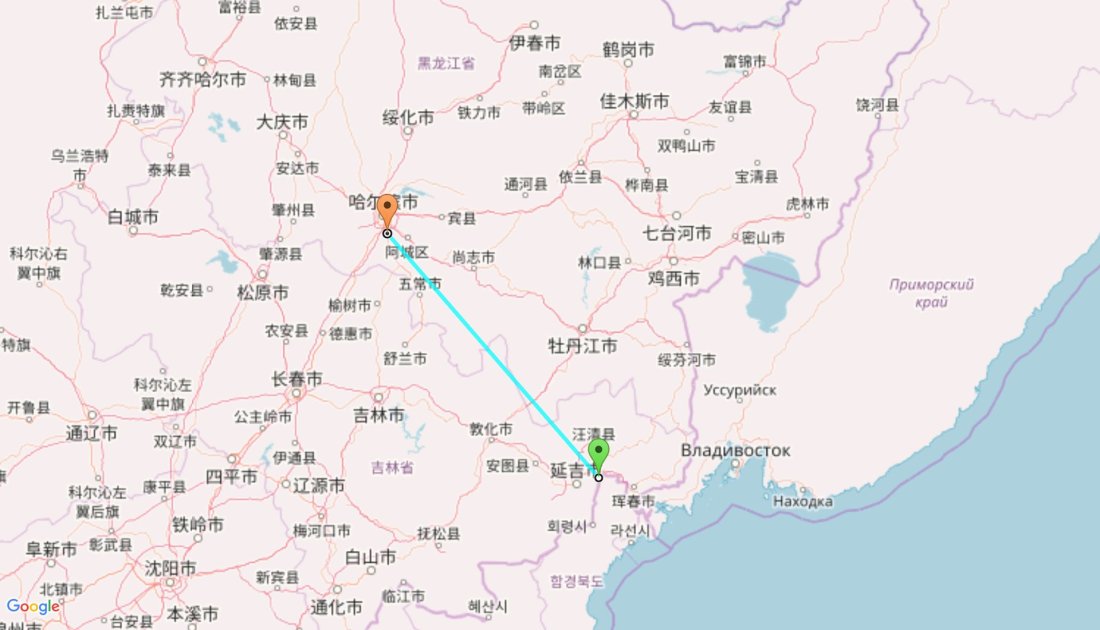 One thought on “Tumen – Harbin”