Yesterday I further continued my journey to Lithuania. I was a little bit late at the train station, because I needed to buy something in the Kaufland supermarket. Well and due to the hurry, I have missed a sign and eventually was controlled by the Polish police. Well two minutes before departure I was on the train. This was the only train which connects Poland and Lithuania and runs only once on Friday and two times on Saturday and Sunday. So I was pretty happy to get it.

Now I wanted to purchase a ticket. Well, that turned out to be very problematic, because I had only credit card and Euro in cash with me. And I thought on an “international” train should this be enough. Well that’s not correct, as you can pay in this train only with Polish Zloty in cash. OK after several discussions he accepted also my Euro and I eventually got my ticket. When we were at the border, the staff changed and I was able to my second ticket from Kaunas to Vilnius also in the train. That time in Euro… Without any issues.

In Vilnius my host Undine and her dog picked my up at the train station and we went to a small party, which was located in the basement of an old culture house from soviet times. The party was quit nice. We had some beer and talked a little bit, and eventually went to her flat. 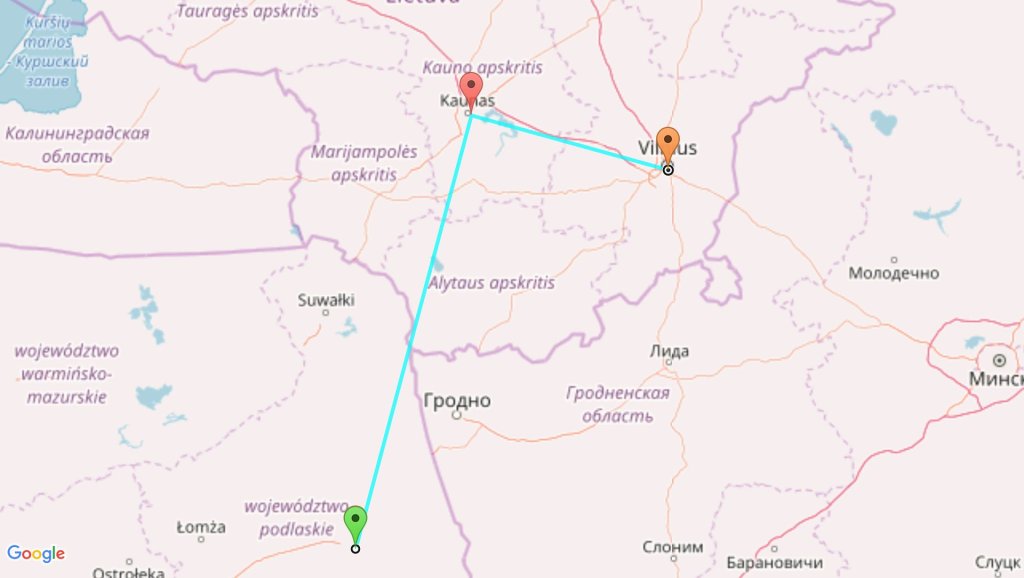